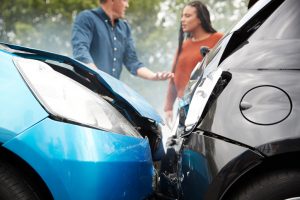 What if you are injured in a car accident and the driver at fault doesn’t have enough insurance to cover the extent of your injuries? What if he has no insurance at all? It happens more often than you might expect. And there is something you can do.

I have seen people suffer catastrophic personal injuries only to find that the at fault driver has the state minimum of $20,000.00 coverage. I hate to see that happen.

Many people don’t understand that their own insurance coverage has provisions that protect them and anyone in the car in the event the other driver either doesn’t have enough coverage or has none at all. The coverage comes from the “underinsured” and “uninsured” provisions of your own policy. These can come in to play as coverage for you and anyone in your car.

Uninsured coverage applies and an insurance claim can be made under your own policy when the at fault driver has no insurance. It also applies when there has been a hit and run accident and the other driver cannot be found.

Just because the claim is against your own insurance company does not mean they will voluntarily pay what is fair and treat you right. They will still make you prove your damages. These cases often times proceed to arbitration under the terms of the policy.

I personally believe these provisions on a policy are the most important. This coverage for you and those in your car, which are usually those you love the most. I encourage everyone to purchase the highest limit on this type of coverage they can afford.

Car collisions are some of the most complex cases because they combine so many intertwined factors. Each case is unique and to some degree a brand new situation that hasn’t been encountered before. Some of the factors that come into play in a car accident are the situation of the drivers, the occupants if there are any, the legal issues around the vehicles themselves, whether or not the vehicles were being used in a commercial capacity, road conditions, property issues, injuries, wrongful death… the list goes on.

We’re a law firm who have made our career of representing the people of Southern Illinois against big insurance companies and corporations. We consider it a badge of honor to have never represented an insurance company.

If you’ve had damages or losses due to an auto accident with an uninsured or underinsured driver, let us know a little bit more about your situation by calling us at: (618) 239-6070

If you’ve been involved in a truck-related accident you’ll need to hire a Belleville truck accident lawyer who has gone up against trucking companies and their insurers. Issues of dealing with a driver’s insurance company become even more complex when you are dealing with an accident between a passenger vehicle and a truck or other commercial vehicle.

Because of the nature an impact between large trucks, tractor trailers and smaller passenger vehicles, there is a higher likelihood of serious damage to your vehicle, personal injury and even death. There is, of course the issues that come with dealing with a truck driver’s business and the company’s insurance company as well.

We have experience dealing with companies who have been negligent by allowing truckers to operate vehicles under the influence of drugs, drunk driving or even impaired because of a lack of sleep or training.

The period following a serious accident involving a commercial truck is probably not the time you want to be worried about filing papers, reports and keeping track of communications with entities who regularly deal with insurance claims. It’s important that you hire a truck or car accident attorney who can be sure that your case is properly organized, documented and who has the experience knowing how to deal with intimidating agencies whose job it is to pay you as little as possible.