Hurt At Work? Get Help From A Workers Comp Lawyer in Belleville, IL 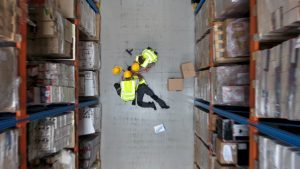 Illinois Workers Compensation Act is set up to compensate workers for injuries they receive at work, regardless of fault. The Act gives workers a multitude of rights that are not always acknowledged by the employer or its insurance carrier.

When a person files a workers comp claim the employer turns in the claim to its workers compensation insurance carrier or claims administrator. Then the worker becomes a “number” rather than a real person or dedicated worker. The insurance company has an interest that is directly opposite yours; they want to get away with cutting corners and paying you as little as possible. Most people don’t file claim with the idea they are going to get rich, they just don’t want to be taken advantage of and want to receive the benefits to which they are entitled.

What Do You Deserve if You’ve Been Hurt at Work?

According to workers compensation laws, any person that is injured on the job is entitled to three basic benefits: (1) temporary total disability checks in the amount of 2/3 of their average weekly wage (including overtime at the regular hourly rate when it was mandatory or regularly worked); (2) payment of related medical bills; and (3) an award for permanency when they reach maximum medical improvement. It is increasingly rare that a person gets through a claim without having at least one of these benefits interrupted.

Changes in 2011 brought about aspects not favorable to the injured workers. We work with injured workers to verify injury using their medical records and to get you the compensation you deserve.

Kirkpatrick Law Offices has never represented an insurance company or employer. For almost 25 years Eric’s focus has been on representing injured workers, throughout southern Illinois, who are injured in various lines of employment, such as construction accidents. 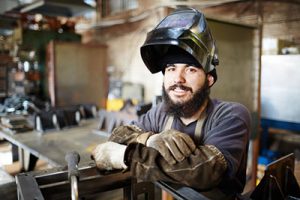 A Winning Record of Helping Union Workers Hurt at Work.

Eric is a workers compensation lawyer who was born and raised in Benton, Illinois and as the son of a union coal miner has become familiar with the coal miner industry and the workers. Before the mines started shutting down years ago the majority of his clients worked in the coal industry. Fortunately for the southern Illinois area the coal mining is again in southern Illinois.

Eric is also familiar with and has represented numerous iron workers, boiler makers, laborers and pipe fitters through the years. The familiarity with the job duties has been a benefit to obtaining the maximum benefit for the injured worker.

Some workers compensation cases are simple; the employer/insurance company acknowledges the accident and pays the appropriate weekly benefits and medical bills. That is how it should happen but more and more that isn’t the case. Employers and their insurance carriers, in an effort to limit their lost time accidents and keep premiums down, look for reasons to dispute cases and sometimes these disputes are completely groundless. These cases need to be presented to an arbitrator in an immediate manner.

Sometimes an injured worker cannot return to his or her job.

If that is you, YOU HAVE RIGHTS! An employer owes vocational rehabilitation and maintenance, and the injured worker needs guidance to handle the issue. Insurance companies love to convince people who don’t know their legal rights to accept as little money as possible. The insurance company is not your friend because their interest is completely opposite yours; their goal is to simply save money.

I have represented thousands of injured workers. I have litigated complicated issues to the Appellate Court and have been successful in many permanent total disability awards and in setting legal precedent with ruling from the Appellate Court.

As a personal injury and worker’s compensation attorney, I have represented people and families from all walks of life. I have handled cases for coal miners, factory workers, ironworkers, laborers, pipefitters, and boilermakers. Having become familiar with these clients I have also become familiar with the requirements of the jobs and the loss people suffer when they are not able to return to their normal occupation. My goal has always been to pursue every legal right available leading to the best possible result for my clients.

Kirkpatrick Law Offices has handled numerous injury cases involving fatalities or injuries involving defective products, unsafe industrial work sites and automobile accidents. We recognize that each case is different and we do not take a cookie cutter approach in handling or resolving cases.

Early in his career he began representing union coal miners across the State of Illinois. With many coal mines being non-union, he has seen many changes in how the workers are treated after an injury. The coal companies seem to take advantage of the miners more than ever by not recognizing the proper temporary total disabilities or being very low in the offers for settlement.

Along with coal miners, Eric has represented workers in various other trades: